We are excited to conclude our 175th Anniversary year by sharing the stage in a joint concert with the famous Brighouse & Rastrick Band, current National Champions. The concert is to be held on Sunday 4th November at The Centenary Theatre, Berkhamsted.

Brighouse & Rastrick Band, regarded by many as the best and most consistent ‘public subscription band’ in the world have attracted a formidable reputation for highly entertaining concerts for both the general public and brass band connoisseur. Famously, in the 1970s, the band played “The Floral Dance” with Terry Wogan, holding the No.2 position in the British singles chart for nine weeks.

With Amersham Band having just secured 4th place in the National Championships First Section, this concert will surely live up to the title “Best of Brass”.

You can buy tickets at the door. 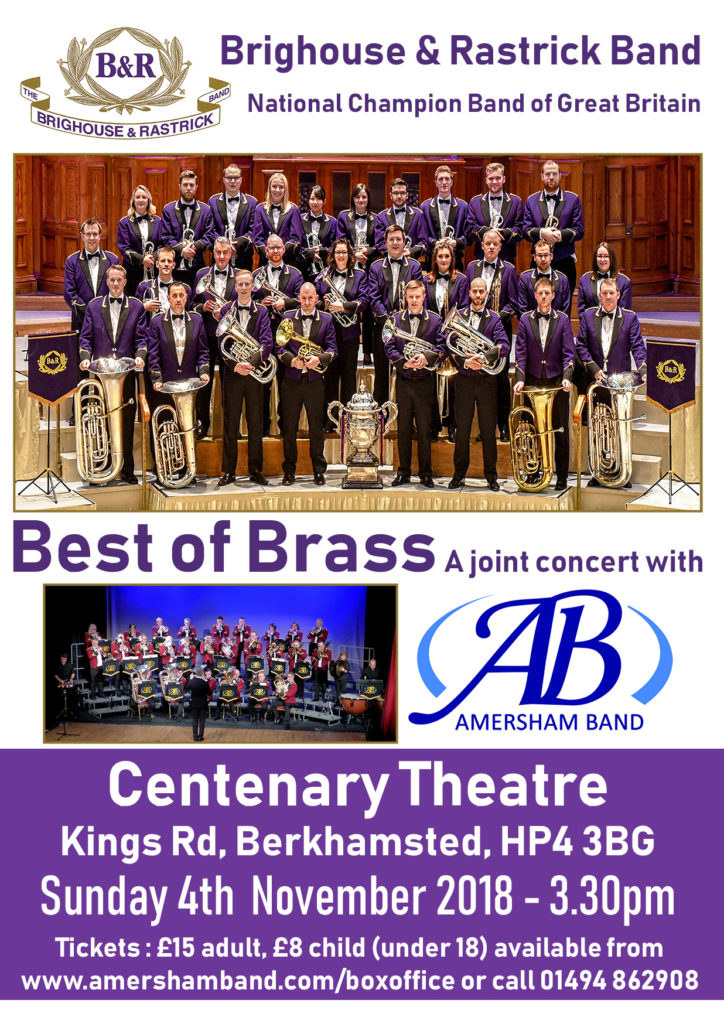